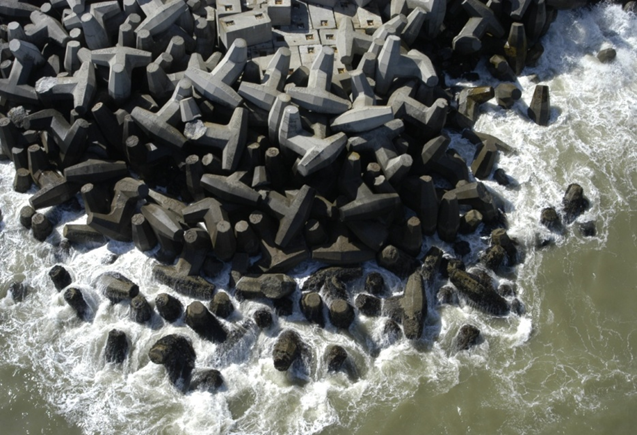 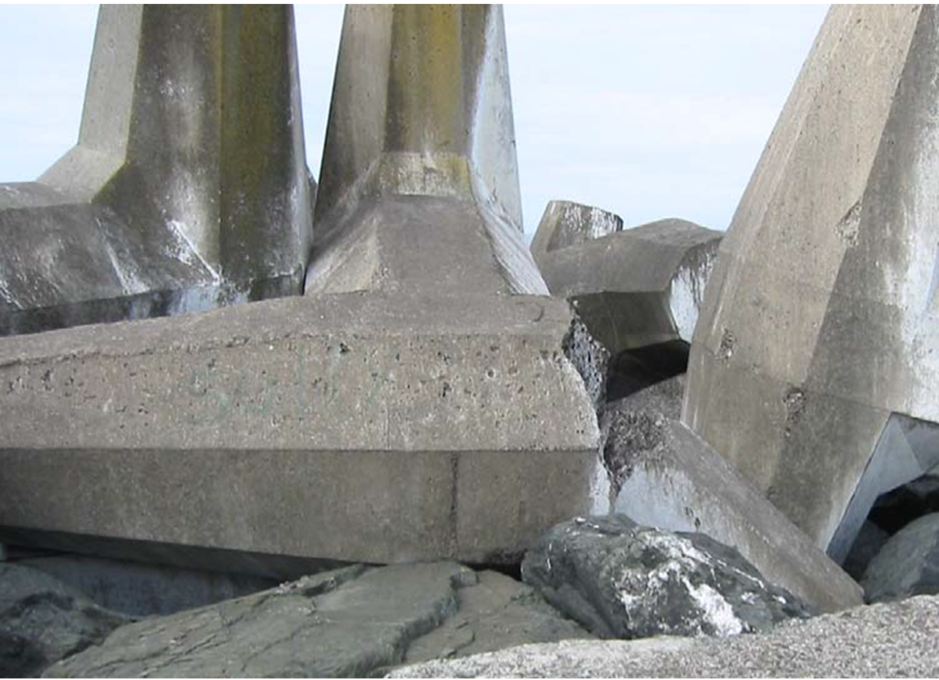 The concrete armour units used widely for harbour breakwaters are largely made with unreinforced concrete. There therefore is a risk, especially from dynamic loading as units may become loosened or dislodged or rock during storm action, that fracturing of units as seen in lower photo from Crescent City Breakwater in California, could compromise the protective armour layer.

Solidity employs a validated 3D tensile and shear failure fracture model that can be applied to investigate such problems.