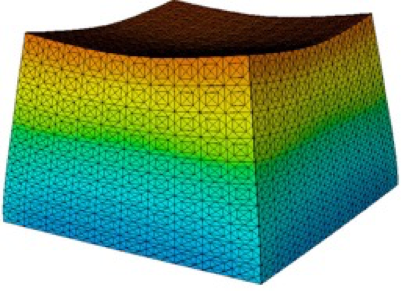 Prior to 2005, the combined finite-discrete element method was mostly based on linear tetrahedral finite elements and triangular elements in 2D problems. Locking problems associated with these linear elements can seriously degrade the accuracy of their simulations. Many complex shaped polygonal simulations in use were probably not addressing this locking problem and deformability in general remained a problem for many FEMDEM codes. Rarely were results presented that showed internal stress waves being transmitted through impacted bodies. 3D particulate/structure simulations were often treating the interior as rigid and using a discretization of the skin thickness into finite elements to help formulate more accurate contact forces and motions.

Crucially, the new code, Y3D, builds upon the many modules necessary for FEMDEM outlined by Munjiza (2004) by addressing this shortcoming. An efficient 10-noded quadratic element is developed in a format suitable for FEMDEM. The so called F-bar approach is also used to relax volumetric locking and an explicit finite element analysis is employed. A thorough validation of the numerical method is presented including five static and four dynamic examples with different loading, boundary conditions, and materials. One of these validation test cases is illustrated below where contours of the normal Cauchy stress in the y (vertical) direction Tyy show more complex vibration modes in response to an initial simple shear in the x (to right) direction with a fixed base in a compressible elastic solid. 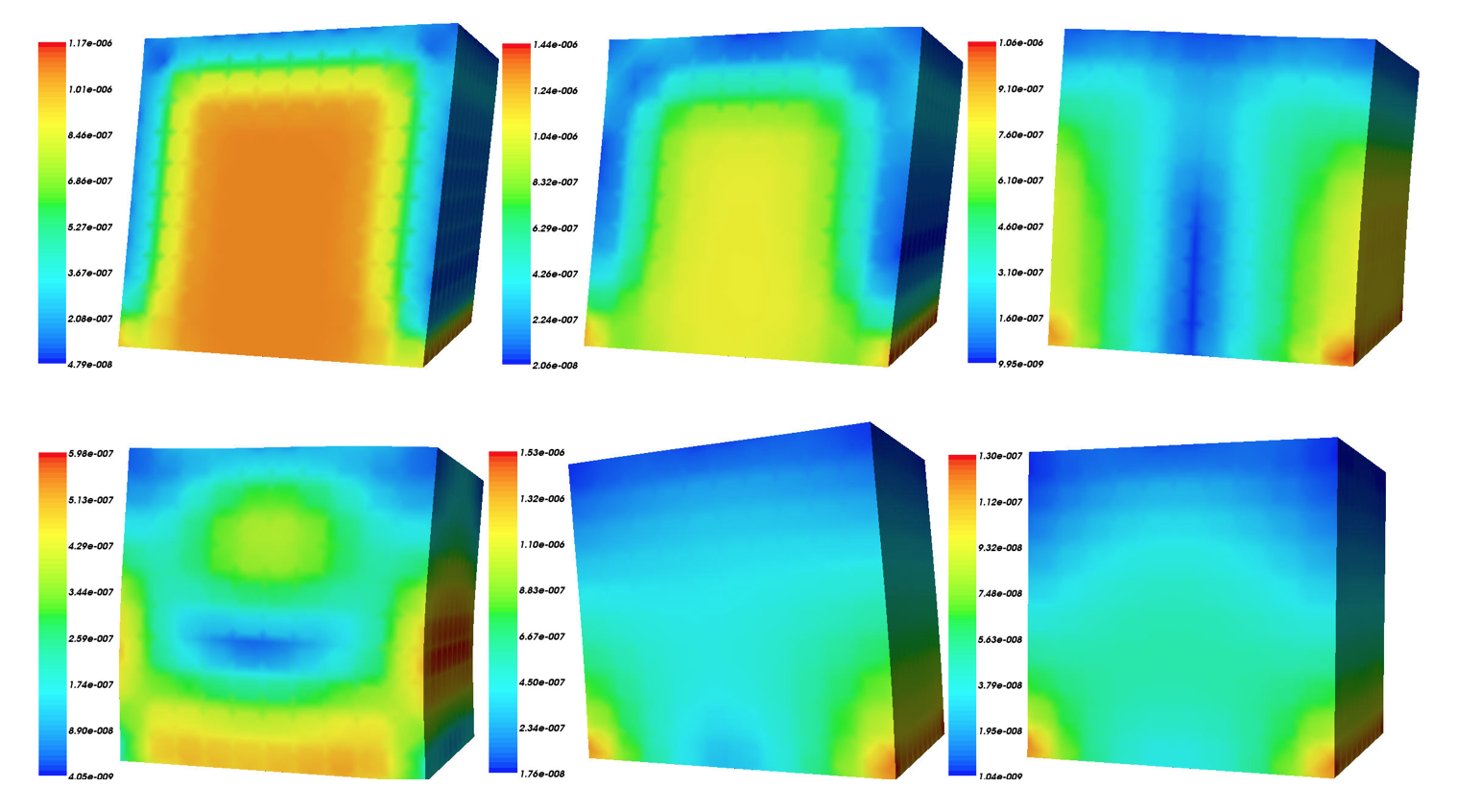 The implementation of this finite strain finite rotation tetrahedral element into 3D FEMDEM codes (Xiang et al. 2009) has set the scene for numerous applications where internal stress capture in time and space for dynamic multi-body processes can throw new light on poorly understood phenomena. Many are discussed under applications.

The transient dynamic behaviour of four rubber-like particles colliding between themselves and the box container walls was first presented in 2009 in a 3D FEMDEM multi-body simulation which is presented below.

The multi-body interaction features of the 3D FEMDEM code Solidity, recently implemented in a new fast parallelised code for both deformable and rigid body solvers will be published shortly in a journal paper.