The immersed body method is employed which solves two separate sets of governing equations for the solid and the fluid, and the iterative coupling is achieved through conservative mesh interpolation using the “supermesh” method O’Farrell et al (2013). The schematic figure below highlights the generic coupling methodology in the context of geomechanics showing the inclusion of a Joint Constitutive Model (JCM) combined with the solids solver. The coupled model enables fluid driven fracture from well bores with nearby pre-existing discontinuities to be modelled.  In-situ stress affecting the fractured and fracturing porous media and flow in matrix and fracture is captured.The same coupling methodology is shown below, applied to a validation study where results are compared with inertia-dominated flows observed in a turbulent flow solid-fluid experiment. 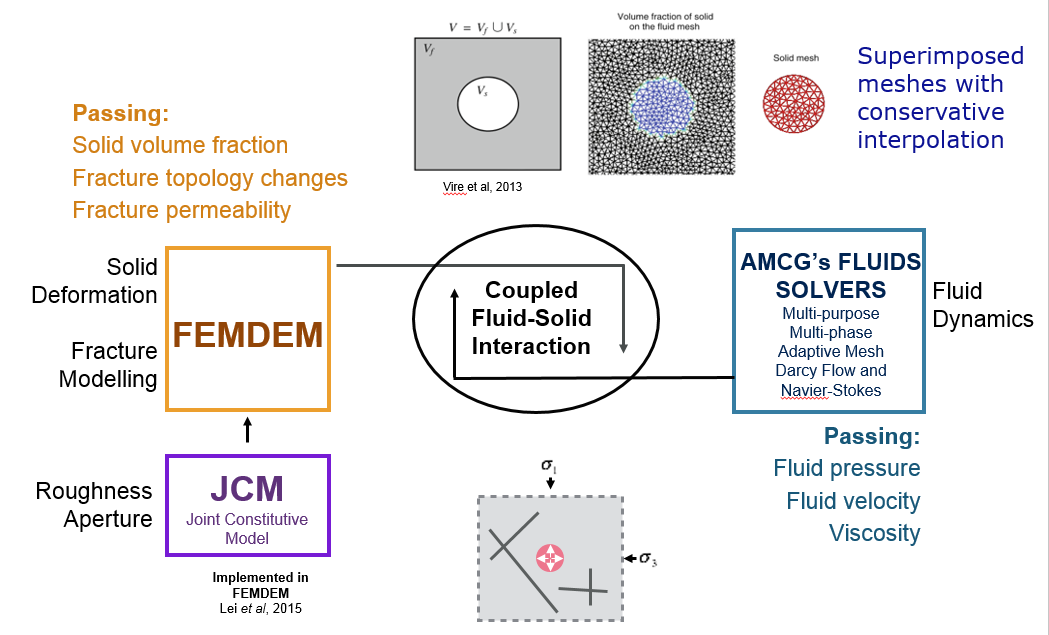 An immersed-body method was developed to model fluid-structure interaction for multiphase viscous flows. It does this by coupling a finite element multiphase fluid model (there are several to chose from depending on and whether porous media and Darcy flow is applicable or if the regime is inertia-dominated flow, compressible or incompressible) with a combined finite-discrete element solid model (FEMDEM). A coupling term containing the fluid stresses is introduced within a thin shell mesh (see below) surrounding the solid surface. The thin shell mesh (ring mesh in 2D problems) acts as a numerical delta function in order to help apply the solid-fluid boundary conditions. When used with an advanced interface capturing method, the immersed-body method has the capability to solve problems with fluid-solid interfaces in the presence of multiphase fluid-fluid interfaces. Importantly, the solid-fluid coupling terms are treated implicitly to enable larger time steps to be used. Mesh refinement puts resolution where needed to capture the sharp solid-fluid interface and enables the construction of an appropriate shell mesh. The figure below shows the computational domain V (left), fluid mesh adapted to the volume fraction of the shell (centre) and the solid mesh (right).

This two-way coupling method has been validated by three numerical test cases: a free falling cylinder in a fluid at rest, elastic membrane and a collapsing column of water moving an initially stationary solid square. A fourth simulation example is of a water-air interface with a floating solid square being moved around by complex hydrodynamic flows including wave breaking. The results show that the immersed-body method is an effective approach for two-way solid-fluid coupling in multiphase viscous flows (Yang et al. 2016). 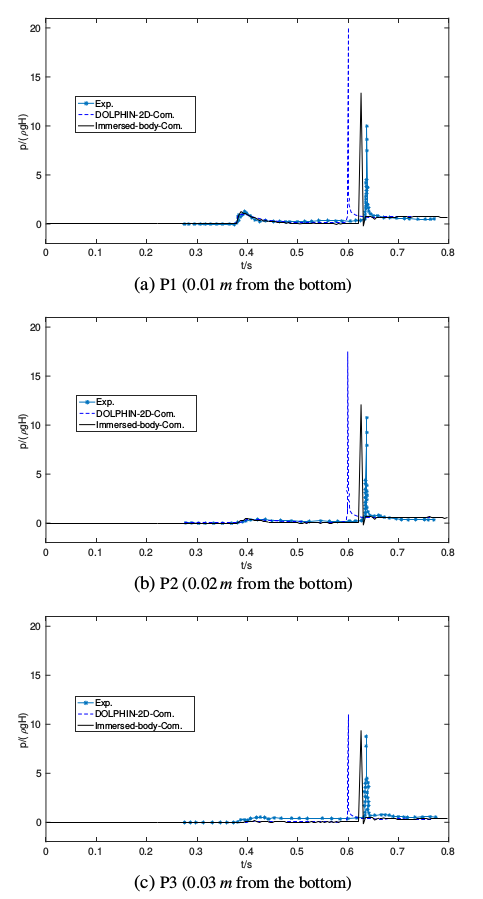 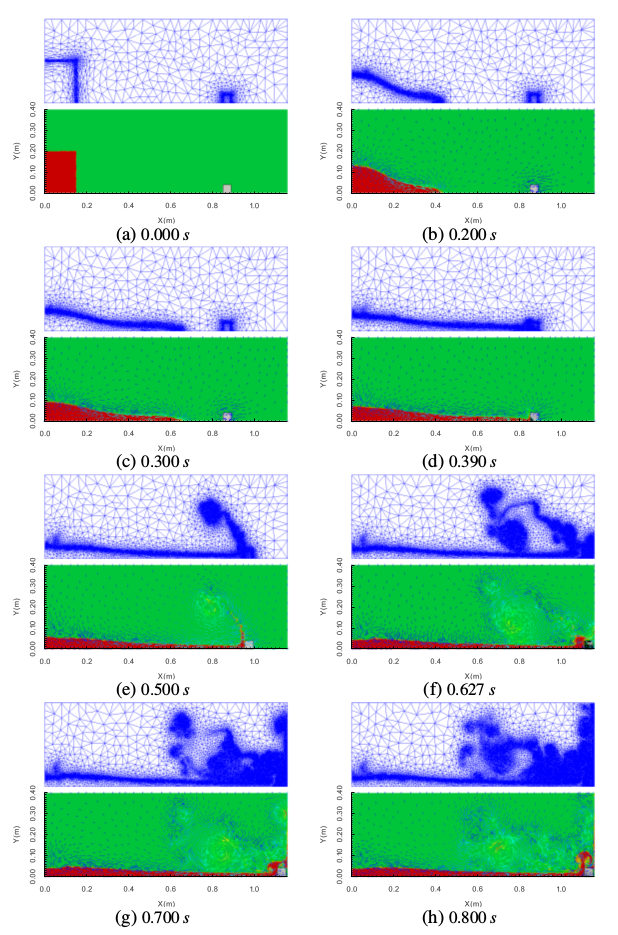